Introducing Merops 3.2, with an interactive document example, output metadata files, and over 50 other fixes and improvements. Merops 3.2 is available now.

Right-click on text in the document example to change key settings without navigating around the Standard Set, or use the menu to go to the relevant page in the Standard Set.

Two toggle buttons show/hide where settings have been set to 'preserve original' or 'make consistent'. This prevents confusion caused by preserved settings, which can appear correct in the document example by chance. 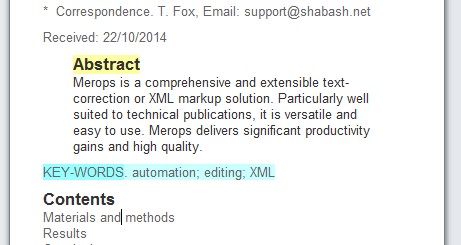 The Standard Set now includes a figure, and table and figure citations: 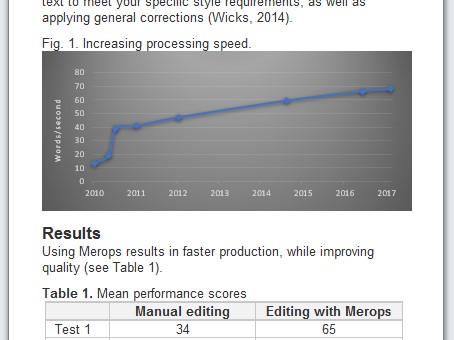 The document example also represents many more settings, including number of keywords and punctuation between numeric citations.

Right-click on a 'see also' link, to peek/edit the setting without leaving the current page.

This list will continue to grow; if something you want to include isn't in the list, please let us know!

Finish XML has a new name

Finish XML has been renamed Update Output Files, as it can now also update HTML files, metadata files, and a custom format file. It's also now an optional part of the process.

By continuing to browse the site, you are agreeing to our use of cookies.